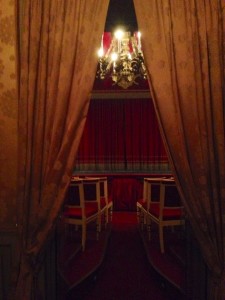 This year the premiere is “Giovanna d’Arco” (Joan of Arc), an operatic dramma lirico with a prologue and three acts by Giuseppe Verdi set to an Italian libretto by Temistocle Solera. The work partly reflects the story of Joan of Arc and appears to be loosely based on the play “Die Jungfrau von Orleans” by Friedrich von Schiller.

Verdi took great care over the orchestration of Giovanna, which includes an accordion, bells, sistrums, harps, a cannon and in Carlo’s final aria, a surprising accompaniment of just a cello and a cor anglais. The librettist Temistocle Solera reduced the 27 characters of Schiller’s tragedy to just five.

Giovanna’s  themes and characters foreshadow those found in Verdi’s later operas. The troubled relationship between father and daughter is found later in Rigoletto, while the character of Carlo VII, indecisive and unfit for the task assigned to him by history, foreshadows Don Carlos.

Verdi’s seventh opera had its first performance at Teatro alla Scala in Milan on 15 February 1845 (150 years ago!).

This website uses cookies to improve your experience while you navigate through the website. Out of these, the cookies that are categorized as necessary are stored on your browser as they are essential for the working of basic functionalities of the website. We also use third-party cookies that help us analyze and understand how you use this website. These cookies will be stored in your browser only with your consent. You also have the option to opt-out of these cookies. But opting out of some of these cookies may affect your browsing experience.
Necessary Sempre abilitato

Any cookies that may not be particularly necessary for the website to function and is used specifically to collect user personal data via analytics, ads, other embedded contents are termed as non-necessary cookies. It is mandatory to procure user consent prior to running these cookies on your website.